I came across this post on making a Carcassone tile set out of Lego bricks yesterday. The post talks about how the individual tiles were designed and rendered, and ends with a sad conclusion: a real set would cost over $2,000. To make matters worse, the Lego Digital Designer (LDD)’s DESIGN byME site has been out of commission for a while now.

The post was updated with a 7x7 tileset, and I thought it could go even smaller, which would result in a more realistic price. I fired up the LDD, and several hours later: 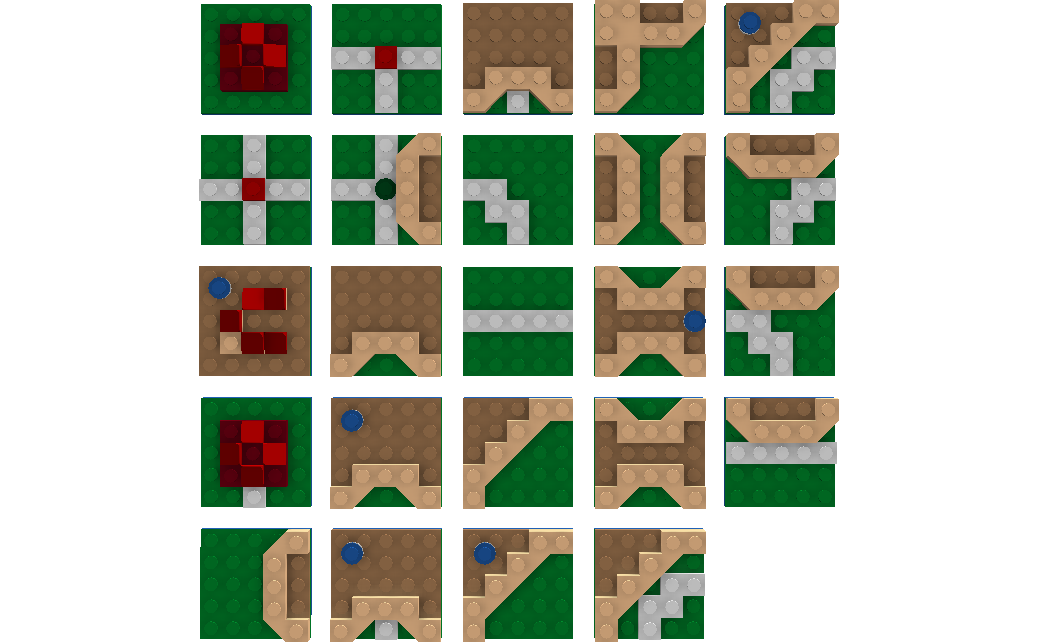 It’s a functioning set of all 24 tiles! It was a ton of fun to build this. Playing with the LDD is like having an infinite pile of Legos, and there’s no diving through looking for that one piece: you can just search for it!

I borrowed a few design elements from other sets:

I connected the tiles together and it looks like a real game would not only work, but it definitely gives the “map” feel that Carcassone is great at: 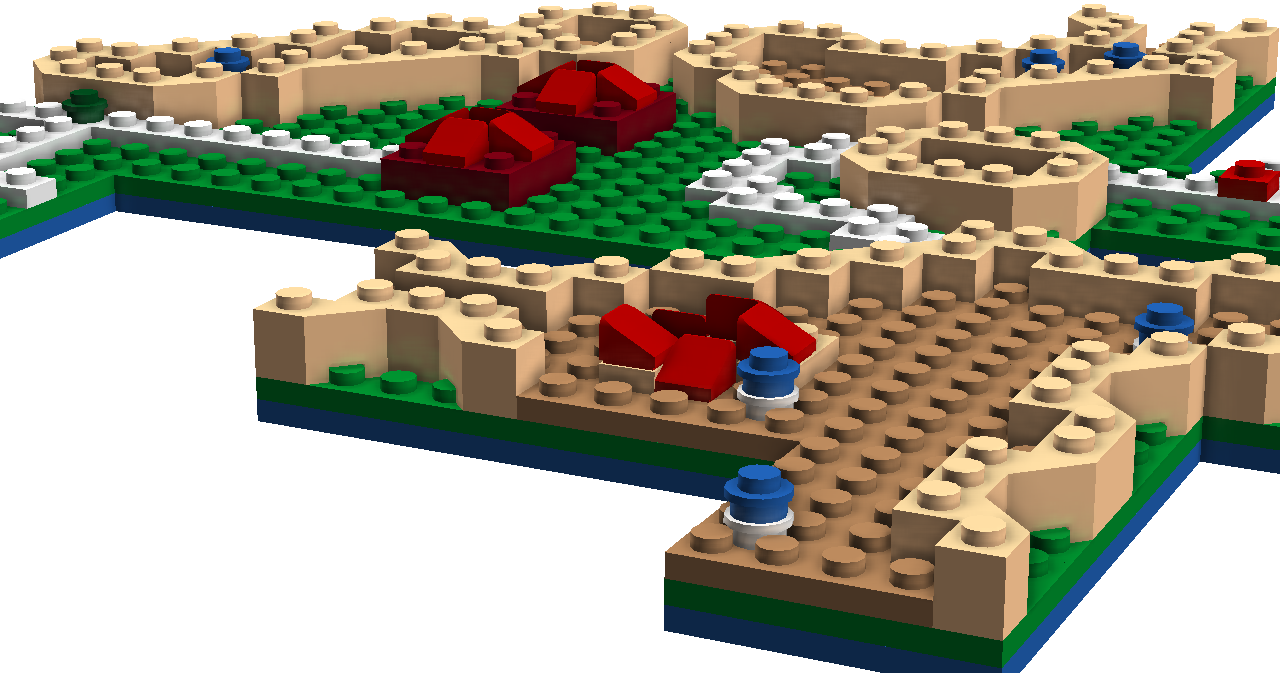 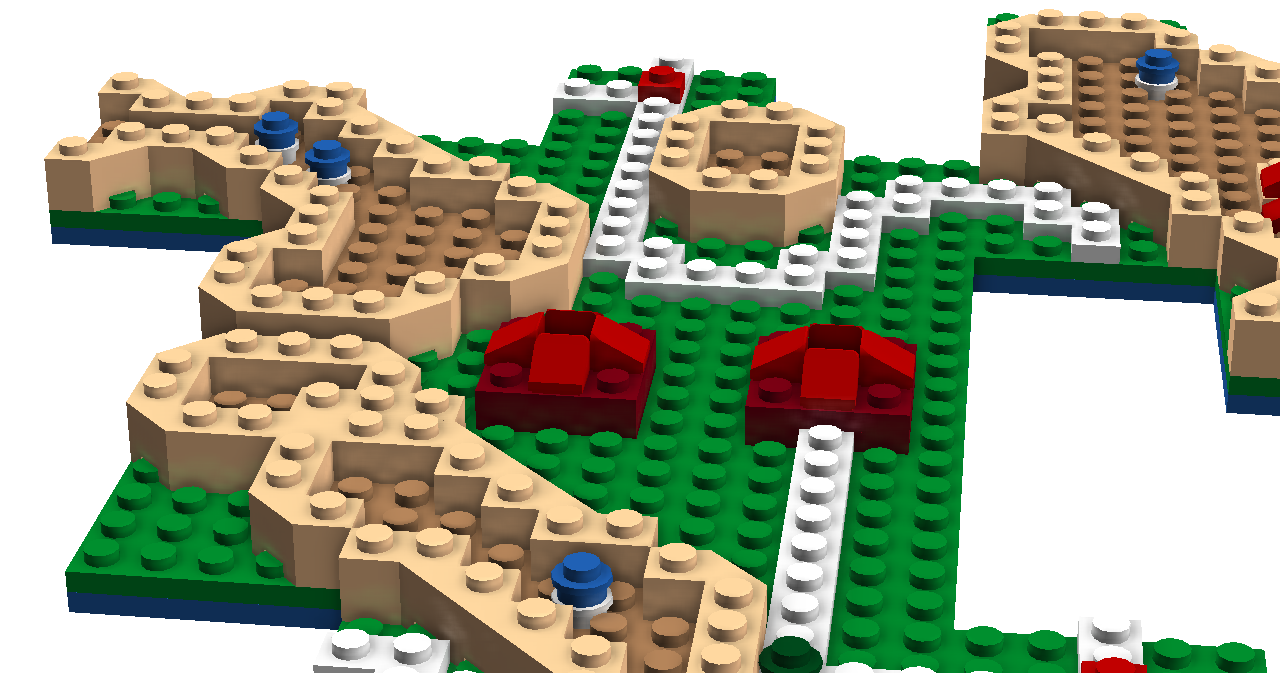 If you generated a set of all 72 tiles, it clocks in at 975 pieces. Toss in 40 microfigs and a scoreboard, and this could be an actual Lego set: 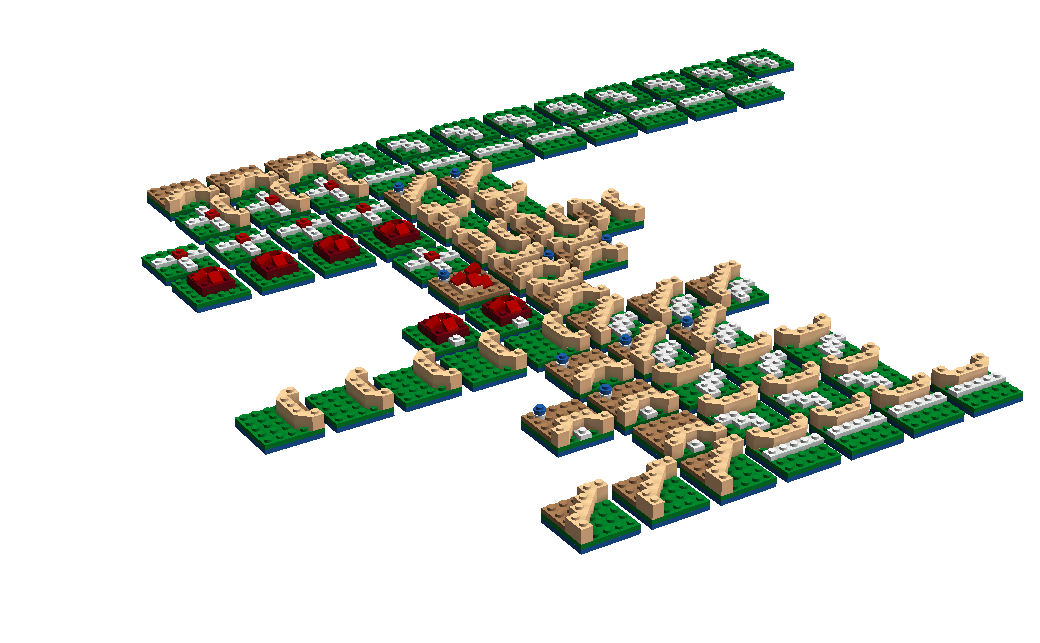 LDD even generates instructions for you, too! Read the play-by-play of building this set, and check out the models for yourself on GitHub. I’d love to play a game on one of these someday.

So, how could that happen? Cuusoo? Kickstarter? Hunting down the pieces individually via Bricklink feels like a huge hassle. Also, the colors chosen are all not available, so it might be impossible to order this in the current color palette. If you have suggestions, let me know on Twitter!