Need to sync a file between two iPhones and edit it on both? Here’s what you need:

It’s a little tricky to get going once installed, so here’s what I did:

That should really be it. Your file should now be synced on each phone after you edit it, and you won’t lose it since it’s in Dropbox! Here’s a screenshot of PlainText in action: 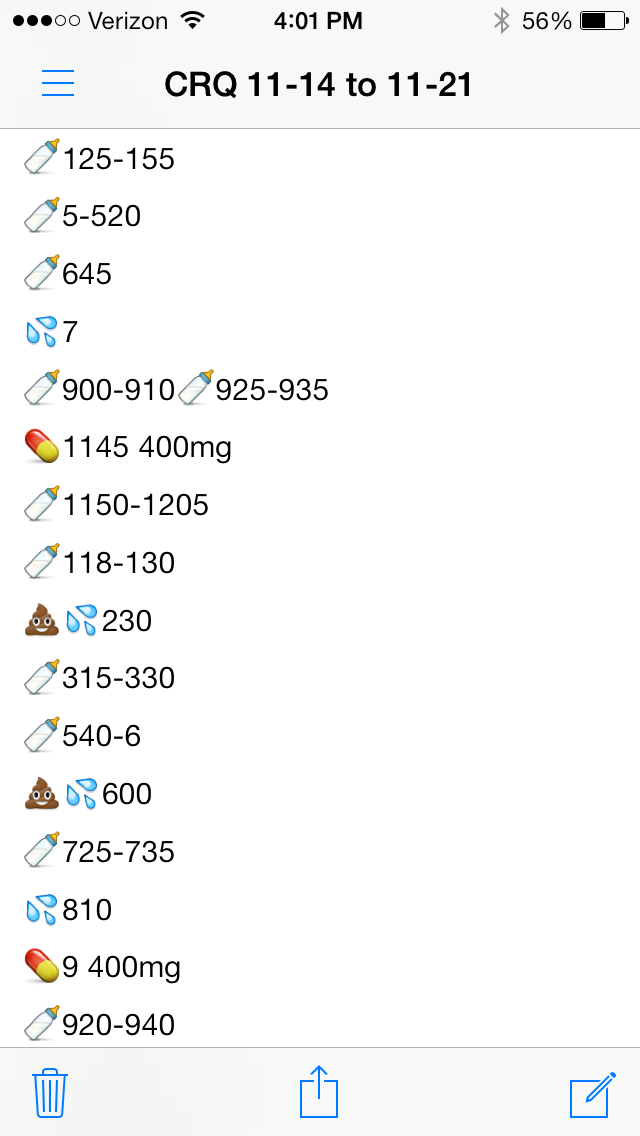 Some great things about this setup:

What’s with the baby related emojis?

Consider this my first dad tech blog post! 11/12/13 was an awesome day for Amanda and me:

We were starting to track feedings, wet diapers, and more in just Notes. However, I wanted to edit it too, and have a backup. I couldn’t believe how difficult to this was to get set up. There’s plenty of baby apps that do this (on one phone), and of course we could have used paper…but who wants to do that?

Thanks to Dan Gigante for suggesting this approach out. I hope this helps out someone else, even if it’s not for syncing baby logs. Let me know if it does!